Vampire Weekend’s Ezra Koenig sat down with Bon Iver’s Justin Vernon for a nearly two-hour interview on the latest episode of his Beats 1 show “Time Crisis.” They reminisced about playing beer pong at a Minneapolis bar after a Vampire Weekend show, talked about their personal hurdles with touring, discussed Vernon’s life in Wisconsin (including his opinions on various chain restaurants in Eau Claire), and much more. Listen to the full episode here.

Vernon and Koenig talked at length about their love of the Grateful Dead. In addition to naming a recent favorite Dead era (Cornell 5/8/77), Vernon discussed the time he jammed with Dead & Company. Vernon said he took LSD with John Mayer, but then second-guessed whether or not Mayer took anything. “Maybe he did, maybe he didn’t, but John’s a really nice guy and boy is he good at guitar,” Vernon said. “And my friends are on the side of the stage just laughing and crying uncontrollably because apparently the lights were getting real hazy, and I guess me and John Mayer just became one thing.”

As the conversation turned to corporate food culture (a regular topic on “Time Crisis”), Vernon revealed that he tried Flamin’ Hot Cheetos for the first time while working with Chance the Rapper on The Big Day. He decided that he hates them, placed the bag on the ground, and walked away.

Vernon opened up about how during the press cycle surrounding 22, A Million, he only did one interview. “I mean, I seriously could not handle another moment of reflecting upon myself,” he said. “This time, I said yes to a few more things because, to be honest with you, I recognized that when you don’t do anything and you’re not Beyoncé, it can have real effects on your small business, on your family, on the people around you that this is their job.”

The episode concluded with them counting down the biggest songs by musicians from their home states of Wisconsin and New Jersey. Near the end of their chat, Koenig attempted to make Vernon choose sides in the feud between Steve Miller and the Grateful Dead.

Vampire Weekend released their highly-anticipated fourth album Father of the Bride back in May. Bon Iver’s fourth studio LP i,i came out in August. 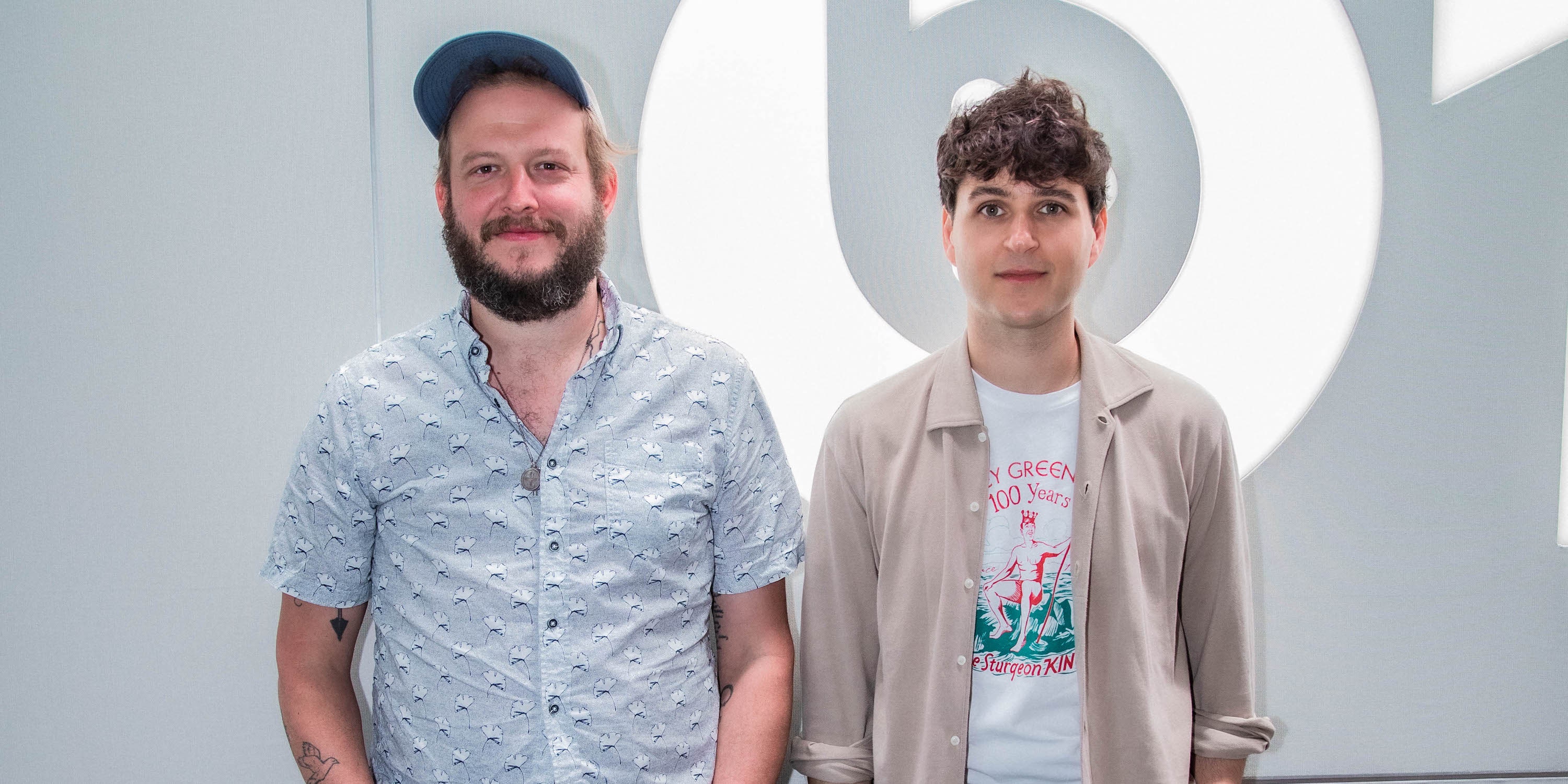