Posted On November 1, 2019 at 11:31 pm by Roger Waters Admin / Comments Off on Here’s What Happened During Rivers Cuomo’s Yangapalooza! Set

Earlier today (November 1), Democratic Presidential hopeful Andrew Yang hosted Yangapalooza!—a campaign rally in downtown Des Moines, Iowa, where he was joined by Rivers Cuomo. Cuomo took to the outdoor stage at Des Moines’ Brenton Skating Plaza to perform a handful of Weezer hits as well as some familiar covers, according to a Pitchfork reporter. Cuomo played acoustic guitar alongside Weezer bassist Scott Shriner and a drummer, opening with “Buddy Holly” and launching into stripped-down versions of “Undone – The Sweater Song,” “Island in the Sun,” “Beverly Hills,” and more. Covers included TLC’s “No Scrubs,” Toto’s “Africa,” and A-ha’s “Take on Me,” all of which appear on Weezer’s covers LP The Teal Album. Watch clips of the set below.

During Cuomo’s performance of “Say It Ain’t So,” Andrew Yang appeared onstage, saying, “You don’t look like the fucking internet to me!” Yang proceeded to dance at the front of the stage and sing along with the band, sans microphone. At the end of the song Yang shouted, “Let’s give it up for Rivers Cuomo and Weezer!” At one point during the concert, Rivers Cuomo said, “Yang gang in the house,” but did not otherwise explicitly endorse Yang’s campaign.

Read “Lizzo, the Clash, and ‘Old Town Road’: What the Democratic Presidential Nominees Walked Out to This Weekend” and “Will Weezer Ever Stop Being Disappointing?” over on the Pitch.

“Island in the Sun”

“Say It Ain’t So” with Andrew Yang 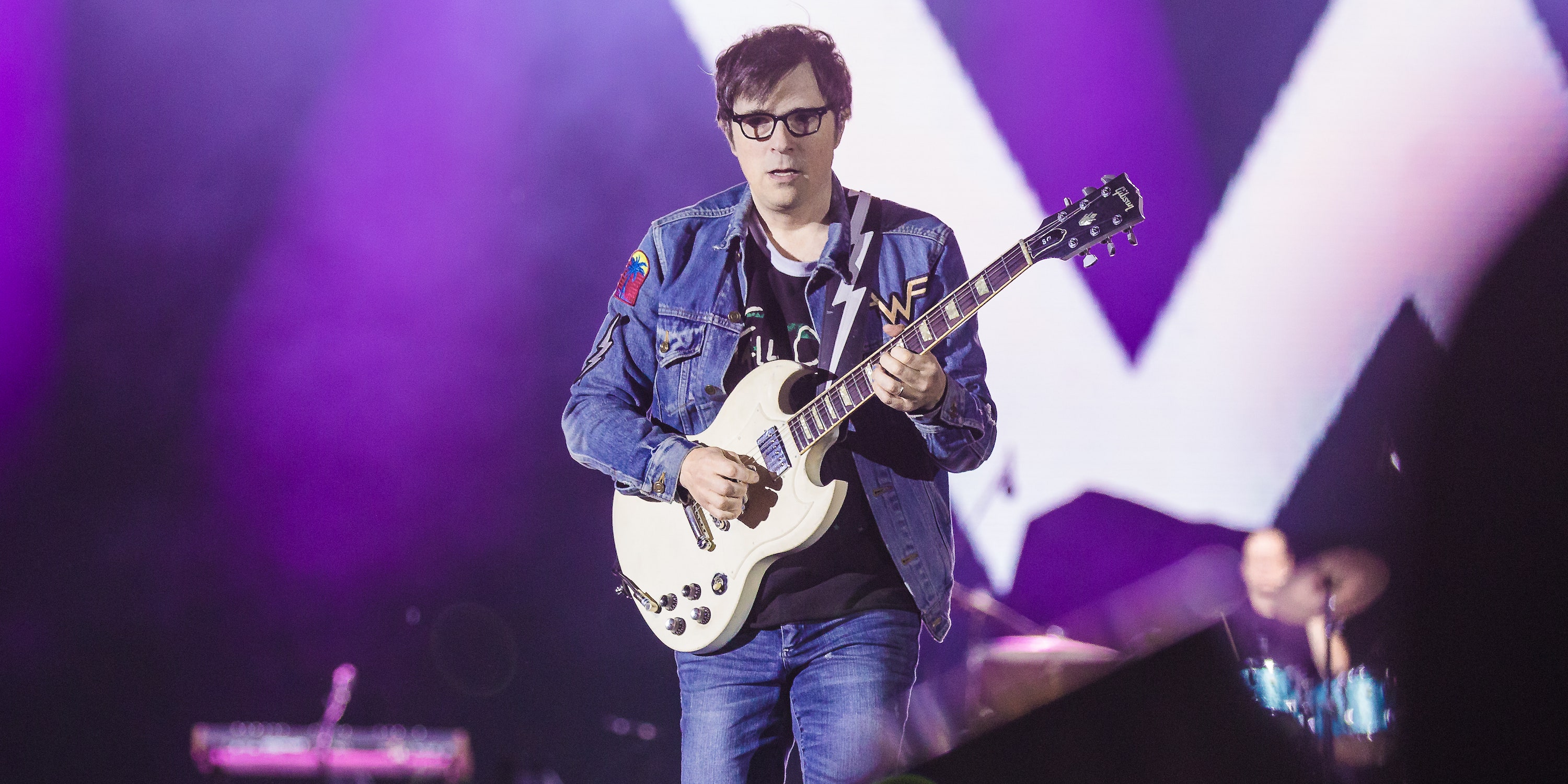