Harry Styles hosted and performed on Saturday Night Live solo for the first time this weekend. He debuted the new song “Watermelon Sugar” and performed his new single “Lights Up.” Watch those performances below.

Styles appeared as an airline pilot, an inept coke dealer’s face-tatted lackey, an overgrown vaudeville newsboy, and a funeral DJ. The many-ringed singer also crooned along with Aidy Bryant as the human form of a dog named Doug. Styles previously appeared on SNL in December 2014 as part of One Direction; he named all of his former bandmates in his monologue this week (except for Zayn Malik, who he referred to jokingly as “Ringo”). Watch all of his sketches in the playlist below.

Styles issued his self-titled solo debut in 2017, and announced in early November that his second LP Fine Line will be out on December 13. Styles has already planned an extensive tour through the United States, Mexico, and Europe in 2020, where he’ll be joined by Jenny Lewis, Koffee, and King Princess respectively. 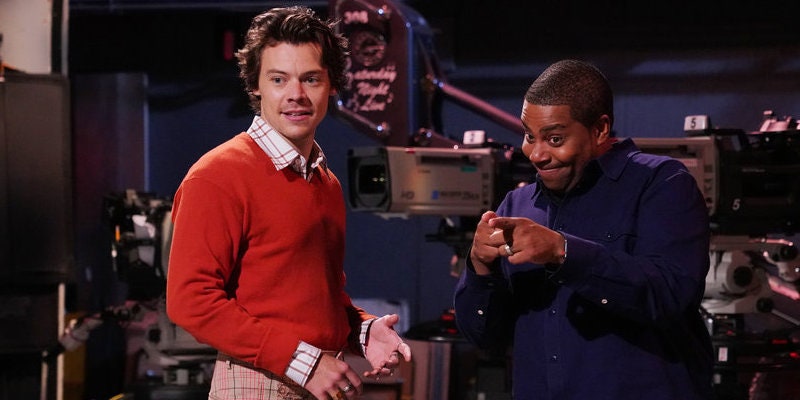