Watch King Princess Perform “1950” and “Hit the Back” on SNL

King Princess was the musical guest on last night’s episode of Saturday Night Live. She was introduced by host Will Ferrell, and played “1950” and “Hit the Back.” Check it out below.

King Princess released her first studio album Cheap Queen just last month, and collaborated with Fiona Apple for a new version of Apple’s “I Know” in January. Earlier this month, Harry Styles announced that King Princess will join him on the European leg of his 2020 world tour. Her debut Make My Bed EP arrived in 2018. 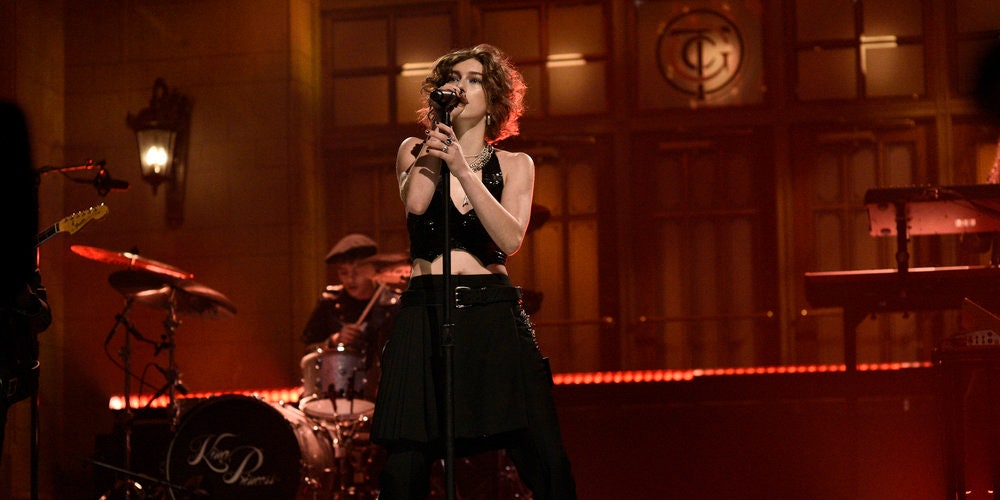