Nilüfer Yanya has released a music video for “H34T RISES”—a newly remixed version of her Miss Universe track “Heat Rises.” The visual was shot by Yanya’s sister Molly Daniel in their father’s hometown of Istanbul. Watch Yanya ride a motorcycle around a dystopian cityscape overgrown with foliage below.

Nilufer Yanya said in a statement:

The original song “Heat Rises” came together over a year or so, maybe.
I felt really lucky I was able to work with [the Invisibles’] Dave
Okumu on this, there was a lot to learn just being in the room with
him. I had the rough demo and beat on my phone for maybe a year, but
it wasn’t until the lyrics were fully realized that that it really
took shape as a song for me. The original track works perfectly in the
album but when I decided to re-release it as a single, I thought a few
changes to the mix and structure might help it jump out more and
that’s where “H34T RISES” came from.

Me and Nilufer hadn’t considered shooting in Istanbul, but once the
thought had entered our head we wanted to stick with it. I felt like
Istanbul would really fit the concept and it was really nice to be
able to work with a female led and Turkish crew. I remember finding
out my mum was pregnant with Nilufer when we lived in Istanbul, so
returning to work there together as adults really felt like we had
come full circle. 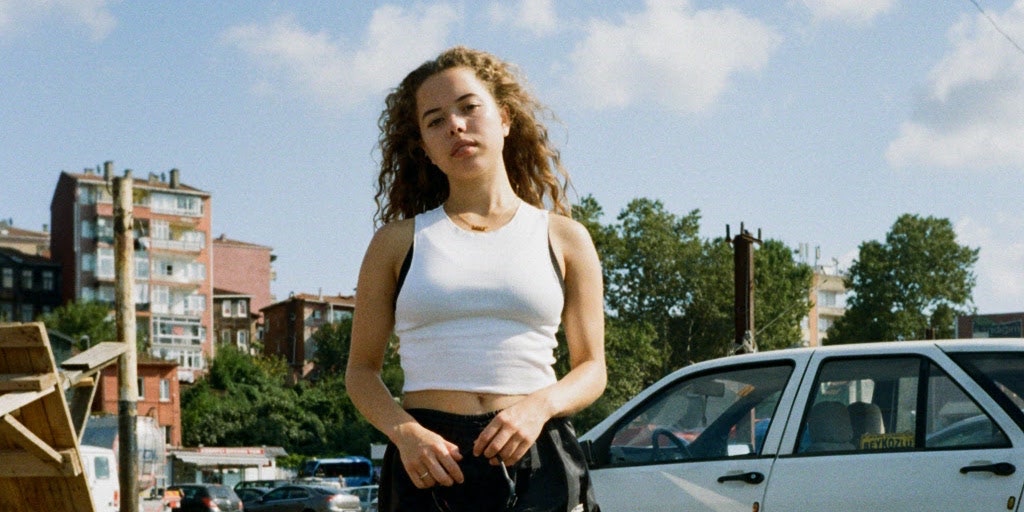