Watch Solange Perform a When I Get Home Medley on Fallon

Posted On December 3, 2019 at 5:35 am by Roger Waters Admin / Comments Off on Watch Solange Perform a When I Get Home Medley on Fallon

Solange was the musical guest on last night’s episode of The Tonight Show Starring Jimmy Fallon. She delivered an elaborate performance featuring a selection of songs from her new album When I Get Home. After opening with “Things I Imagined,” she sang “Down With the Clique,” “Binz,” and “Almeda.” It ended with Solange singing while a figure draped in glittering streamers appeared behind her, mirroring the visuals from the album’s accompanying film. Watch it happen below.

Pitchfork ranked When I Get Home among the top 100 albums of the 2010s. Read “How Solange and Mitski Reconsider Who Can Be the Cowboy” and Pitchfork’s interview with Solange’s When I Get Home collaborators Terence Nance, John Key, and John Carroll Kirby. 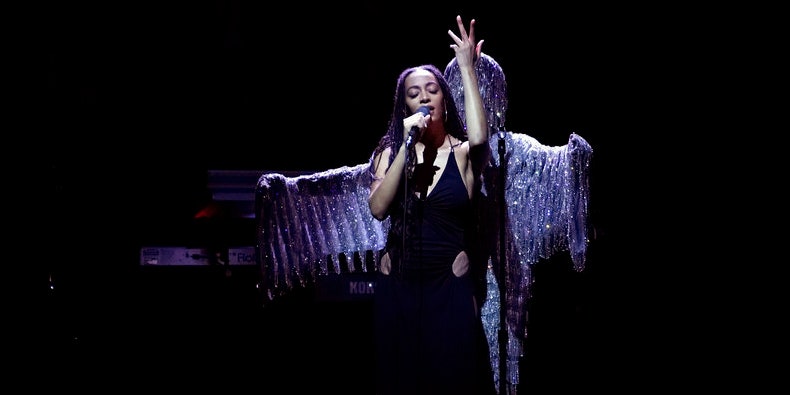