Tegan and Sara were last night’s guests on “The Late Show with Stephen Colbert.” The Quinn twins talked about their new memoir “High School,” experimenting with LSD, and writing their first songs. They also performed “I’ll Be Back Someday” from their recent album Hey, I’m Just Like You. Watch it all go down below.

Tegan and Sara released Hey, I’m Just Like You earlier this week. The album features re-recorded versions of songs they initially wrote in high school.

Read about Tegan and Sara’s song “Closer” on Pitchfork’s List “50 Songs That Define the Last 50 Years of LGBTQ+ Pride.” 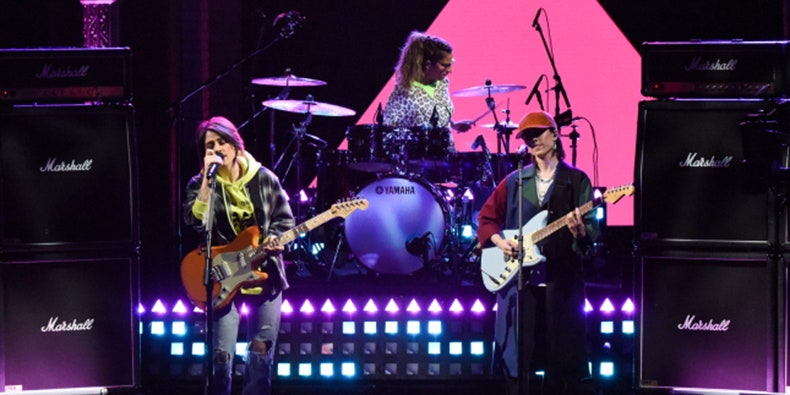